​In Plain Site: A Biography of the RAF Airbase at Caron, Saskatchewan 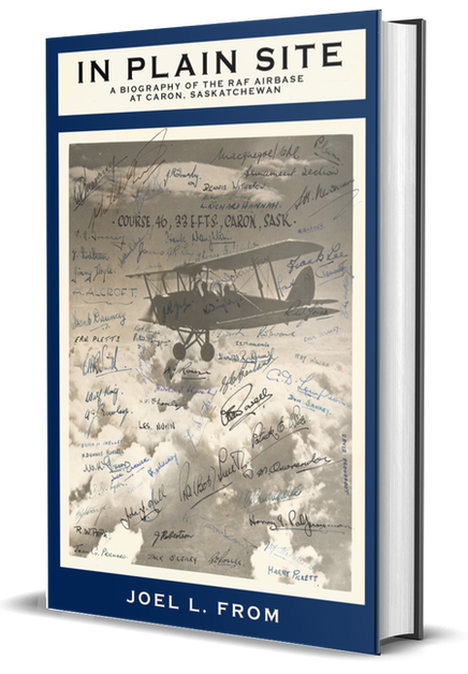 In Plain Site is the first life-cycle biography of a Second World War air training facility in Canada. Readers with an interest in aviation history, flight training, Saskatchewan history, the RAF, or Canada's impressive war effort will be interested in this book. It begins by locating the Royal Air Force (RAF) station at Caron, Saskatchewan in the debates surrounding air training in Canada, the British Commonwealth Air Training Plan, and the UK’s plans to relocate its primary air training to Canada. It offers a detailed history of the Caron site as well as the herculean efforts to acquire, erect, and modify its facilities.

Based on interviews, published sources, and meticulous archival research in Canada and the UK, In Plain Site provides a comprehensive chronicle of Caron’s selection and development, air training operations, after-hours activities, and the struggles of its personnel to make sense of the Canadian prairies.

Readers will be intrigued to learn how and why the RAF came to Caron and how scores of civilians from southwestern British Columbia made an important contribution to its success.

​Supplemented by numerous photos and extensive endnotes, In Plain Site offers a compendium of Canadian and Allied wartime achievements, all of which ought to be brought back into plain sight.​
Table of Contents
Index